Unless you’ve been living under a rock, you should need no explanation what Docker is. Using Docker over the last year has drastically improved my deployment ease and with coupled with GitLab’s CI/CD has made deployment extremely ease. Mind you, not all our applications being deployed have the same requirements, some are extremely simple and others are extraordinarily complex. So when we start a new project we have a base docker build to begin from and based on the applications requirements we add/remove as needed.

A little about Docker Swarm

For the large majority of most of our applications, having a volume associated with the deployed containers and storing information is the database fits the applications needs.

In front of all our applications we used to use Docker Flow Proxy to quickly integrate our application into our deployed environment and assign it a subdomain based on it’s service. For a few months we experienced issues with the proxy hanging up, resources not being cleared, and lots of dropped connections. Since than I have rebuilt our docker infrastructure and now we use Traefik for our proxy routing and it has been absolutely amazing! It’s extremely fast, very robust and extensible, and easy to manipulate to fit your needs. Heck before even deploying it I was using docker-compose to build a local network proxy to ensure it was what we needed. While Traefik was running in compose I was hitting domains such as http://whoami.localhost/ and this was a great way to learn the basic configuration before pushing it into a staging/production swarm environment. (That explaing how we got started with Traefik is a whole other post of it’s own.)

Now back to our docker swarm, I know the big thing right now is Kubernetes. But every organization has their specific needs, for their different environments, application, types, and deployment mechanisms. In my opinion the current docker environment we’ve got running right now is pretty robust. We’ve got dozens of nodes, a number of deployment environments (cybersec, staging, and production), dozens of applications running at once, and some of then requiring a number of services in order to function properly.

A few of the things that won me over on the docker swarm in the first place is it’s load balancing capabilities, it’s very fault-tolerant, and the self-healing mechanism that it uses in case a container crashes, a node locks up or drops, or a number of other issues. (We’ve had a number of servers go down due to networking issues or a rack server crapping out and with the docker swarm running you could never even tel we were having issues as an end user to our applications.)

(Below is an image showing traffic hitting the swarm. If you have an application replicated upon deployment, traffic will be distributed amongst the nodes to prevent bottle necks.)

Why would you need persistent storage?

Since the majority of our applications are data orientated, (with most of them hitting several databases in a single request) we hadn’t really had to worry about persistent storage. This is because once we deployed the applications; their volumes held all of their required assets and any data they needed was fetched from the database.

And from this arises the problem we began to face. We were starting to develop applications that were starting to require files to be shared amongst each other. We also have numerous applications that require files to be saved and distributed without them being dumped into the database as a blob. And these files were required to be available without cycling volumes and/or dumping them into the containers during build time. And because of this, we needed to be able to have some form of persistent and distributed file storage across our containers.

How we got around this!

Now in this day an age there’s got to be ways to get around this. There’s at least 101 ways to do just about anything and it doesn’t always have to be newest shiniest toy everyone’s using. I know saying this while using Docker is kind of a hypocritical statement, but shared file systems have been around for decades. You’ve been able to mount network drives, ftp drives, have organizational based shared folders, the list can go on for days.

But the big question is, how do we get a container to mount a local shared folder or distribute volumes across all swarm nodes? Well, there’s a whole list of distributed filesystems and modern storage mechanisms in the docker documentation. Below is a list of the top recommended alternatives I found for distributed file systems or NFS’s for the docker stratosphere around container development.

I know you’re wondering why we didn’t use S3, DigitalOcean Spaces, GCS, or some other cloud storage. But internally we have a finite amount of resources and we can spin up VM’s and be rolling in a matter of moments. Especially considering we have build a number of Ansible playbooks to quickly provision our servers. Plus, why throw resources out on the cloud, when it’s not needed. Especially when we can metaphorically create our own network based file system and have our own cloud based storage system.

After looking at several methods I settled on GlusterFS a scalable network filesystem. Don’t get me wrong, a number of the other alternatives are pretty ground breaking and some amazing work as been put into developing them. But I don’t have thousands of dollars to drop on setting up a network file system, that may or may not work for our needs. There were also several others that I did look pretty heavily into, such as StorageOS and Ceph. With StorageOS I really liked the idea of a container based file system that stores, synchronizing, and distributes files to all other storage nodes within the swarm. And it may just be me, but Ceph looked like the prime competitor to Gluster. They both have their high points and seem to work very reliable. But at the time; it wasn’t for me and after using Gluster for a few months, I believe that I made the right choice and it’s served it’s purpose well. 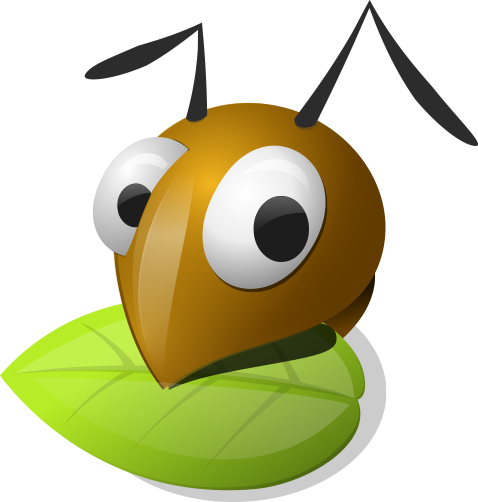 (Note: The following steps are to be used on a Debian/Ubuntu based install.)

Documentation for using Gluster can be found on their docs. Their installation instructions are very brief and explain how to install the gluster packages, but they don’t go into depth in how to setup a Gluster network. I also suggest thoroughly reading through to documentation to understand Gluster volumes, bricks, pools, etc.

To begin you will need to list all of the Docker Swarm nodes you wish to connect in the /etc/hosts files of each server. On linux (Debian/Ubuntu), you can get the current nodes IP Address run the following command hostname -I | awk '{print $1}'

(The majority of the commands listed below need to be ran on each and every node simultaneously unless specified. To do this I opened a number of terminal tabs and connected to each server in a different tab.)

Add the GlusterFS PPA package the list of trusted packages to install from a community repository.

Now before starting the Gluster service but I had to copy some files into systemd (you may or may not have to do this). But since Gluster was developed by RedHat primarily for RedHat and CentOS, I had a few issues starting the system service.

This step isn’t necessary, but I like to verify that

If for some reason you haven’t done this yet, each and every node should have it’s own ssh key generated.

(The only reason I can think of why they wouldn’t have a different key is if a VM was provisioned and than cloned for similar use across a swarm.)

Dependant on your Docker Swarm environment and which server you’re running as a manager; you’ll probably want one of the node managers to also be a gluster node manager as well. I’m going to say server staging1 is one of our node managers, so on this server we’re going to probe all other gluster nodes to add them to the gluster pool. (Probing them essentially is saying this manager is telling all servers on this list to connect to each-other.)

It’s not required, but probably good practice to ensure all of the nodes have connected to the pool before setting up the file system.

Now lets create the gluster data storage directories (It’s very important you do this on every node. This is because this directory is where all gluster nodes will store the distributed files locally.)

Now lets create a gluster volume across all nodes (again run this on the master node/node manager).

The next step is to initialize the glusterFS to begin synchronizing across all nodes.

This step is also not required, but I prefer to verify the gluster volume replicated across all of the designated nodes.

No let’s ensure we have gluster mount the /mtn directory for it’s shared directory especially on a reboot. (It’s important to run these commands on all gluster nodes.)

(You may have noticed the setting of file permissions using chown -R root:docker this is to ensure docker will have read/write access to the files in the specified directory.)

If for some reason you’ve already deployed your staging gluster-fs and need to remount the staging-gfs volume you can run the following command. Otherwise you should be able to skip this step.

Let’s list all of our mounted partitions and ensure that the staging-gfs is listed.

Now that all of the work is pretty much done, now comes the fun part lets test to make sure it all works. Lets cd into the /mnt directory and create a few files to make sure they will sync across all nodes. (I know this is one of the first things I wanted to try out.) You can do one of the following commands to generate a random file in the /mnt directory. Now depending on your servers and network connections this should sync up across all nodes almost instantly. The way I tested this I was in the /mtn directory on several nodes in several terminals. And as soon as I issued the command I was running the ls command in the other tabs. And depending on the file size, it may not sync across all nodes instantly, but is at least accessible.

Now that all the fun stuff is done if you have looked at docker volumes or bind mounts this would probably be a good time. Usually docker will store a volumes contents in a folder structure similar to the following: /var/lib/docker/volumes/DogTracker/_data.

But in your docker-compose.yml or docker-stack.yml you can specify specific mount points for the docker volumes. If you look at the following YAML snippet you will notice I’m saying to store the containers /opt/couchdb/data directory on the local mount point /mnt/staging_couch_db.

Now as we had previously demonstrated any file(s) saved, created, and/or deleted in the /mtn directory will be synchronized across all of the GlusterFS nodes.

I’d just like to mention this may not work for everyone, but this is the method that worked best for use. We’ve been running a number of different Gluster networks for several months now with no issues thus far.